Pia has been a princess from the start.

Her first owner/breeder/super-mom had it rough from the beginning.  After deciding to breed her beloved eventer to make the perfect baby horse, Pia decided to make life a little rough.  Like, really rough, and be born premature.  Her early arrival had a few complications that resulted in some serious skin grafts and the poor baby being wrapped head to toe while she healed and finished "cooking." 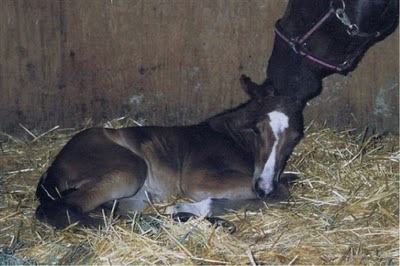 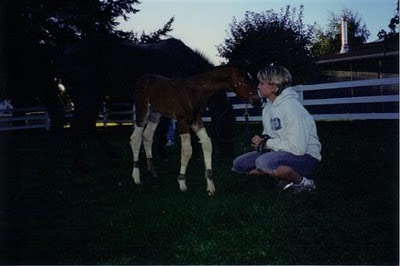 Since then she's lived the life. Growing up with good training, lots of love and plenty of attention.  P came into my life in the Spring of 2010 when her owner/breeder/super-mom decided that between her other horses and a big life change, it was time for P to find someone with nothing but time dote on her with.  That person, was apparently me. :)

When Pia finally arrived on my doorstep, she had been backed about a year before, but really only had about 60 days of dressage training on her, and some serious alpha mare attitude.  We started mostly from the beginning, lots of basics and just hacking nicely around the ring.  We fought, we made up, and we made some progress, but after about six weeks, P's attitude started to get sour and she felt increasingly stiff to the right.

When we finally had the vet out for a look see, we got the news we didn't want to hear.  "Neuro."

I was mentally prepared for lots of things, extensive chiro work, rehab, bad feet, tendon strains, hock injections... but I wasn't really prepared for (or educated on) neurological disorders.

We quickly ruled out EPM, West Nile and a few other options before concluding that we were dealing with Wobbler Syndrome and beginning an aggressive treatment.  P underwent a series of xrays, myelograms, poking, prodding and just recently some lovely associated seizures, but we came out on the other side.  For a while we thought our only option was a spinal fusion surgery, which we were preparing for (financially, mentally and physically).

However, redoing her neurological field test showed extensive improvement on her coordination and movement due to the ridiculous amount of Vitamin E she's had shoved in her.  Thank god for small miracles.

Of course now (2012) more than a year away from our last Wobbler discussions, it's becoming more and more apparent that perhaps P never had a neurological issue to begin with.  Instead, we've been slowly unraveling a series of body issues (stemming from her feet we think) that had her so tight and bound up she could barely move.  A year spent out at her "summer camp" living a natural lifestyle in a herd and working out on the trail (along with a crap-ton of bodywork) has shown massive improvement in both her attitude and her physical well-being.  It's not what I thought we'd be doing, but it was a hugely educational experience and one I wouldn't trade away.

Finally after 18 months "away" I had a slight fit and opted to bring P "home."  Of course home was to a different barn, one with more turnout and opportunity to be social than our previous situation.  Since I was still dealing with a sprinkle of PTSD from getting bucked into the wall I let my Trainer be the primary ride and Pia got to experience the joys of full training again - though with a heavy dose of what we learned at Summer Camp (groundwork, liberty work, etc).

After four months, Pia's old "anger" began to show, and while her body wasn't in the twisted pain that it was in 2011, I opted to make a move for her mental health.

Currently P is an hour north with a trusted friend where she has a big stall and run and gets to play with a mini "herd" all day long.  Her immediate attitude adjustment lets me know that the little red mare just isn't meant to live in a suburban training facility....


Prairie has been less dramatic.  She came as a "bargain" (if there is such a thing with horses) since she is a few years behind her peers' training due to having a few babies.  She cleaned up on the California circuit in 2010 in her Materiale classes, always scoring in the high 70's or low 80's.  She's big, she's fancy and she's unlike anything I've ever owned before. 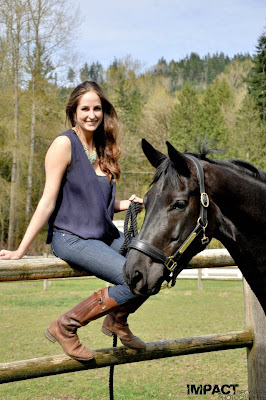 That being said it's a bit of the blind leading the blind but we're making our way and I'm really enjoying the process of trying to get back in the groove of some baby Dressage work. 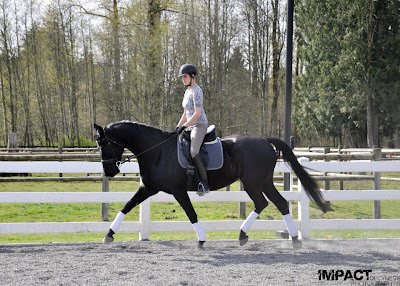 Of course when we started "cross training" Prairie over a few small jumps to improve her canter I re-awakened the jump-dragon in me and I haven't been able to turn it off.  Prairie has shown both an interest and an aptitude for jumping (so far we haven't pushed her past 4') that has been fun to play with.  In 2012 Prairie attended her first cross-pole schooling show and ended the year at a few Hunter B shows in the Baby Green Division.  She cleans up in the Under Saddle classes with her big trot but some anxiety and lack of flying changes has proven a bit tricky.

In 2013 she started the season off in the 3' Pre-Greens and won every class.  She's maturing, relaxing and maybe just maybe might do OK at this Hunter thing after all....

Gus is the latest addition to the crew.  Gus is what happens when you aren't looking for a horse but fall in love.  Gus started out as a fancy-schmancy thing on the East Coast circuits before an injury to his DDFT left him unsound for competition.  After bouncing through a few homes as a "pasture pet" his condition degraded and eventually his owners left the state without him.

We picked him up with the intent of putting him down humanely if necessary, but Gus has since proved that he is happy as a beginners' lesson horse and treat monster.  My Husband had the idea that his (long time horsey, but out of the game for 20 years) mom would love a sweet soft nose to call her own.  So Gus really belongs to M2, though she graciously allows Gus to earn his keep offering lessons and lets me hack him out for fun now and then too. 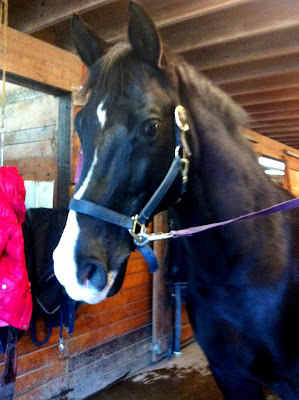 Me? I'm an old Pony Club kid.  I grew up chasing my beloved pony around our property and making makeshift "cross country jumps" that looking back, were closer to death traps than anything.  I dug my own ditch, I attempted to make my own pond, I even sort of reinforced a bank complex deep in our woods without my dad noticing. 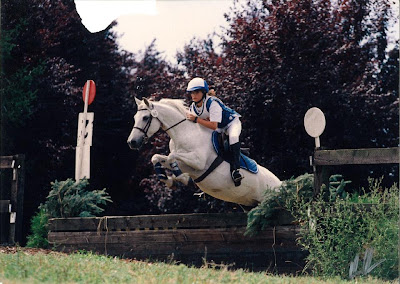 Star taught me almost everything I know about horses, and a good deal of what I know about people.  She was the perfect mentor and supremely patient, even though she made me work for every single bit of progress.  I had other horses, and even went on to spend time competing in other disciplines, but I'm pretty sure that without Star and without our ramshackle nights spent camping out at horse trials, I wouldn't be enjoying my journey with horses half as much as I am now.

My goals now are to have to happy, healthy horses that I am able to enjoy my time with.  The competitive side of me will always want to get to whatever the next level may be, but I also firmly believe in cross training and trying new things.  So far both the girls have had to work through Mountain Trail courses, lots of liberty work and a few games to keep their brains thinking about things other than 20 meter circles.

Personally I'm hoping to continue my own education of bodywork, hoof care and general horsemanship.. if there's one thing I've learned it's that horses will always throw something new (and undoubtedly expensive) your way.

So here's to keeping my eyes up and my leg on... 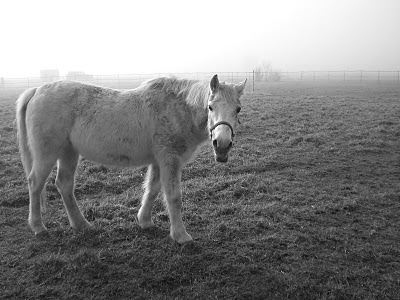