Went to pat the mare yesterday and started my experiment of how best to tend to the child while getting horsey time in.

When we see Gus, M2 graciously logs some time with Cayla, leaving my hands (and brain) free to play with mr man - but I haven't really devised a plan for childcare while I tend to the Big Mare.

Once we're back riding regularly, I think babysitters will be involved, but until then I feel like it's totally possible for me to balance baby, mare and random barn chores.  Last time I had the baby at the barn, I left her in her car seat and just placed her somewhere near me - office, outside the stall, arena....

It worked pretty well, but I felt like I was running around always toting something be it my groom box or car seat, or whatever.  Didn't seem very efficient, so yesterday I threw the baby in her front pack and figured I would just wear her the whole time.

For the most part this worked great, she snoozes like a beast in that thing, so she was happy and quiet the entire time which takes care of my primary concern regarding having the baby in public with me.  It also kept her off the ground and away from hooves, which takes care of a major concern about having her out at the barn.

However, what it didn't take care of was keeping Cayla hidden from Prair's big, snuffly beak.  I don't know if Prair remains fascinated by the baby, or if she was just convinced that the front pack must have been some new giant treat dispenser, but the mare was adamant that her nose be shoved inside it, which resulted in a very slobbery (though undamaged) baby head. 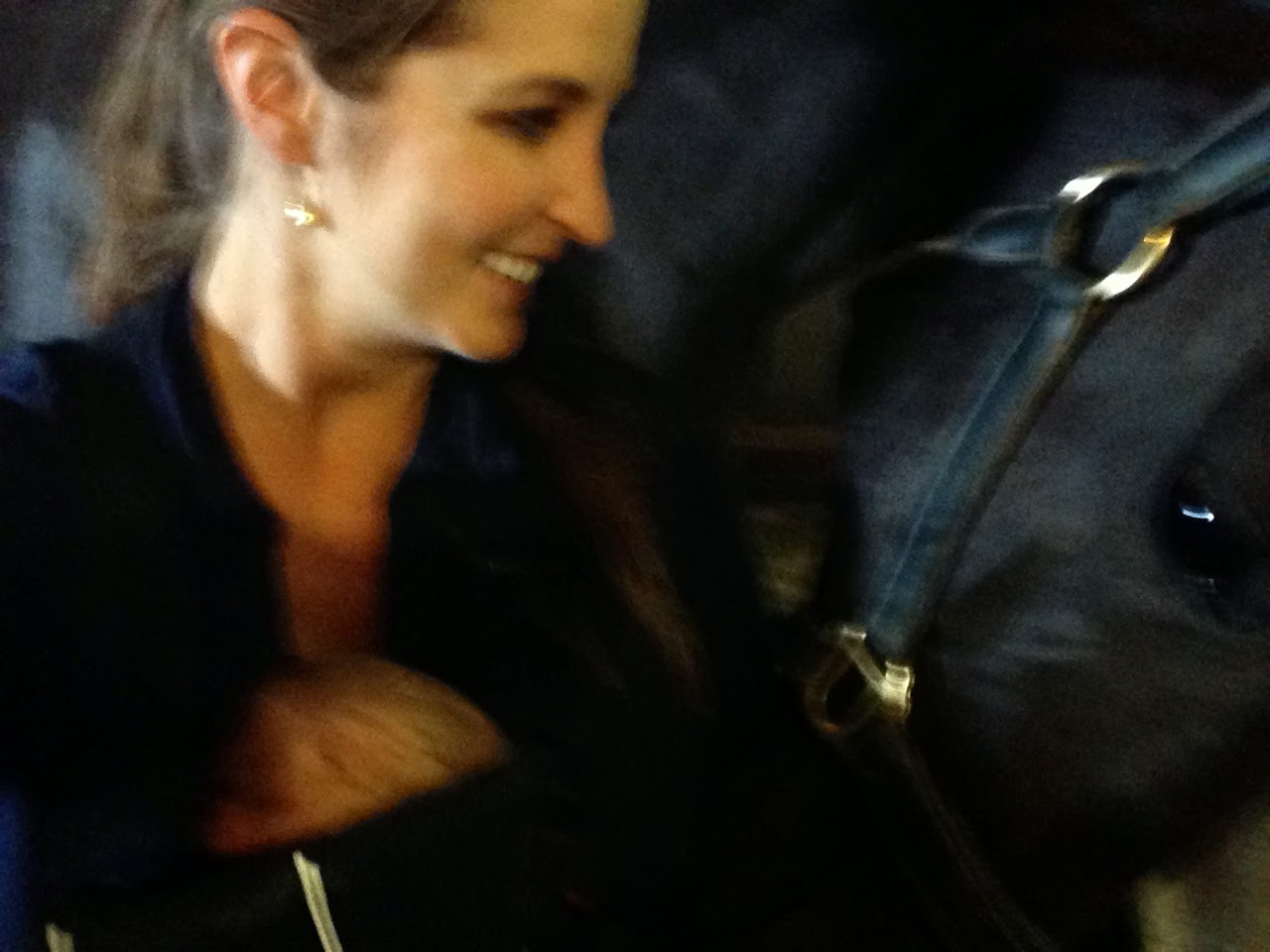 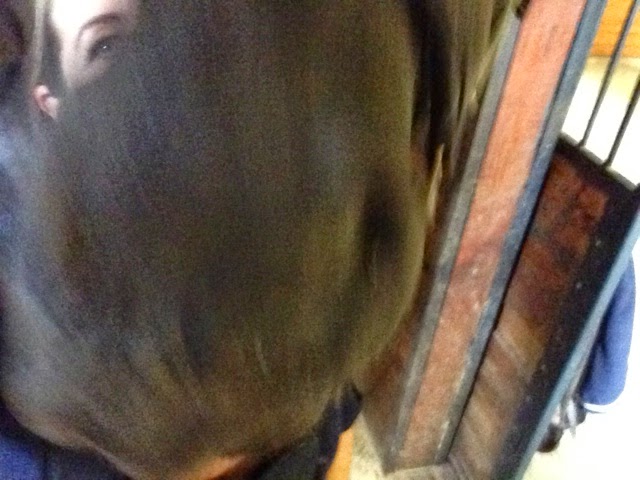 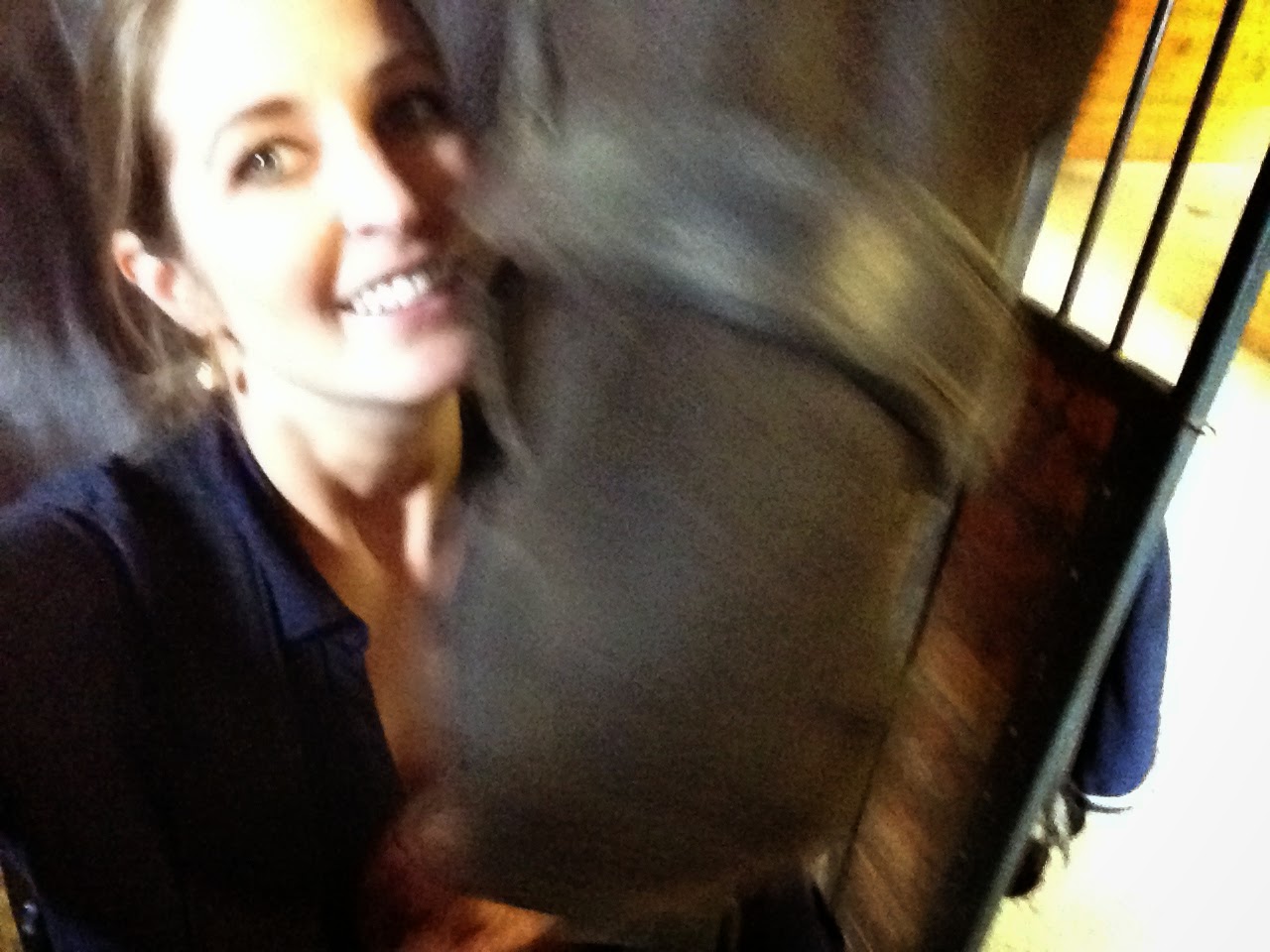 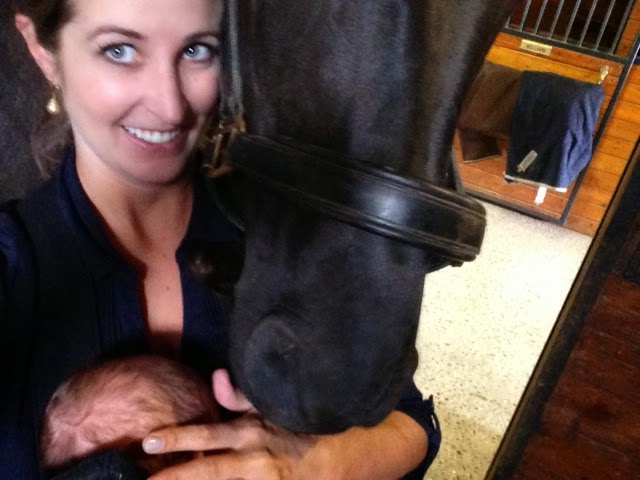 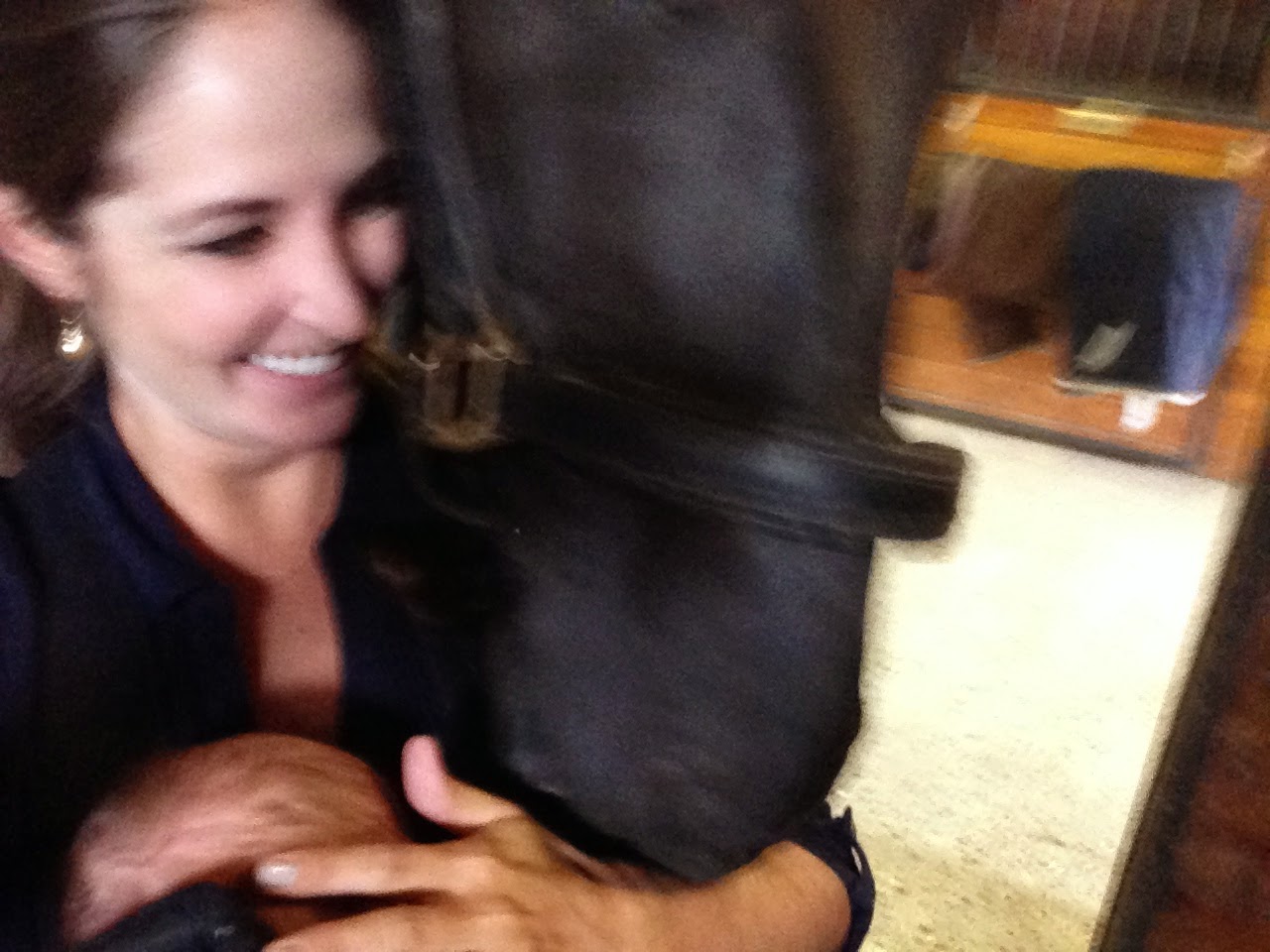 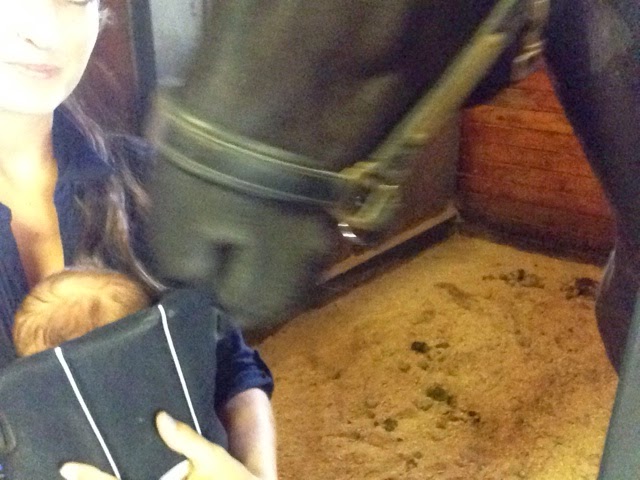 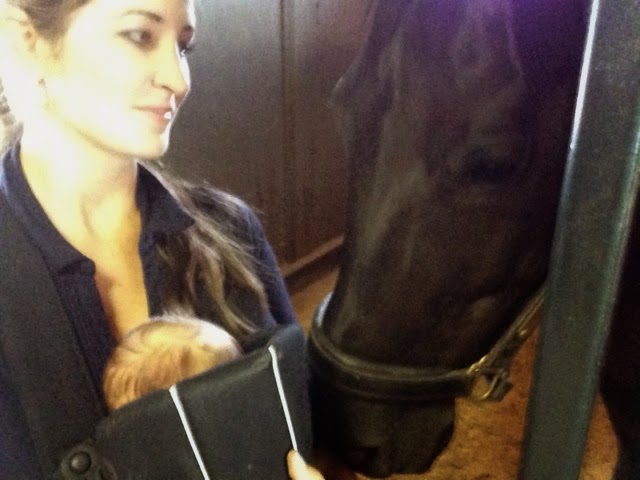 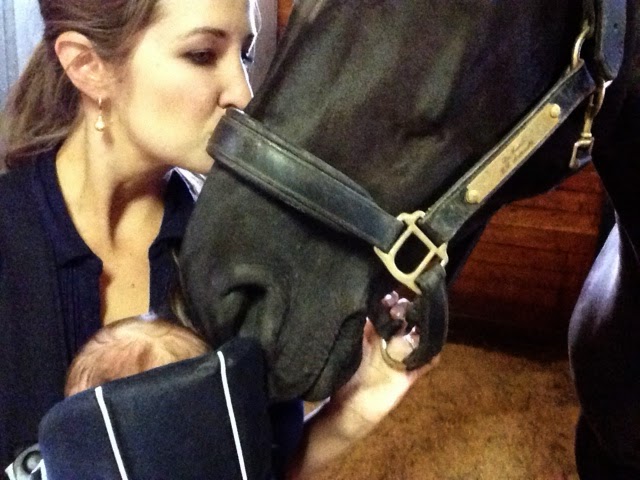 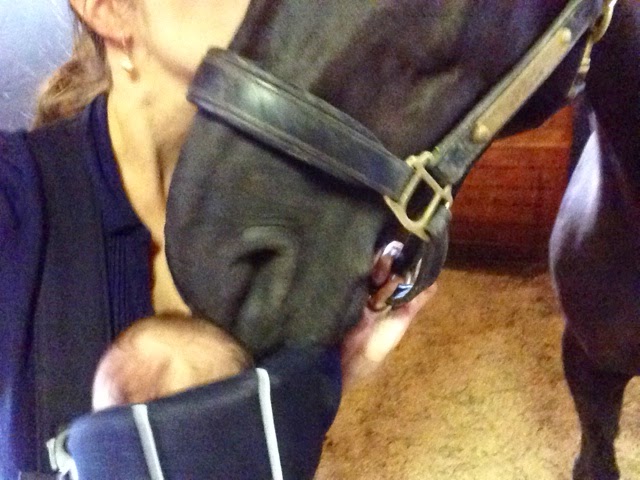 Other than the baby slobber, the front pack was a good solution while Prair is off from work and my "barn days" consist of nothing more than grooming cleaning (already clean) tack and watching other people ride.  I did have to be a tad careful when I bent over to pick feet, but the baby didn't fall out, so no harm done.

Later in the day we went out as a family and The Boy put the baby back in her front pack, which did look a little.... grimy after the barn adventure.  Admittedly, Cayla herself smelled a tad horsey, which I assume can also be blamed on the massive dust cloud that was coming off Prair while we curried the crap out of her dirty, dirty coat.  The mare slobber probably didn't help either...

All in all, getting better at the whole barn baby thing.  I don't know how you moms do it!
Posted by Gingham at 1:30 PM