The horse show started today. Which is great, except I'm not there yet.  In theory I'll wake up at 4am and hit the road so I can be there first thing (and ride Winds in the Under Saddle) but that leaves one whole day of waiting around and not spectating.

I really hate missing rounds (especially when you're paying out the nose for your horse to canter eight jumps..).  However, with the (KNOCK ON WOOD) longer show season, I'm realizing that it's hard to be away for every round during the week and still have some shred of responsibility in the rest of my life.

Don't get me wrong, I'm stalking horseshowtime for updates and texting with barn mates (Winds had nice rounds but they haven't pinned yet) so I'm not totally disconnected - but I'm also not there which is.... hard.

The thought raced through my mind that we are just passed the halfway mark in the year and that I could stand to check in on my goals for Winds in 2016, as I think about my hopes for another show and adjusting my expectations.

Let's review, shall we?

Goals for Windsor with me:

Show. (more than once this year):

Holy Crap we nailed this one right out of the gate.  So far we've had three successful outings and five weeks of showing (wow that sounds like a lot) under our belts.
We're figuring out Windsor's body and maintenance and fitness and I think we are on a good track for keeping him happy and sound and able to be the best little Windsor he can be.  Each outing feels like we make new discoveries and get that much more dialed in.  Go Team.

Show in a Rated Division: 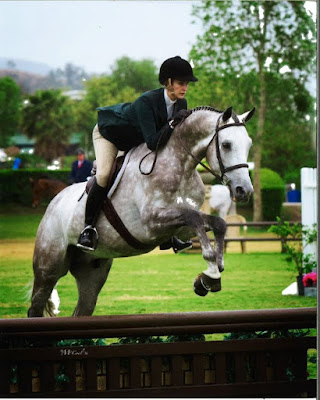 The jumps aren't the issue for us, it has more to do with maintaining pace, lead changes (cough cough) and other smaller details.  I'm 100% confident I could take down a 1.0m jumper course no problem... I just might not score an 85 doing it. 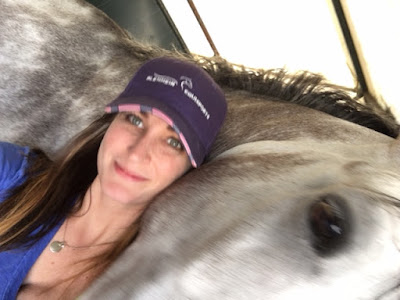 I think it's possible I'll move up in the fall, but I also made the mistake of checking out rankings for WSHJA and I could probably stay in the lead for the 2'9" if I just hang out and don't' spread points elsewhere... That's not the most noble reason for staying in a division, but - YEAR END AWARDS.  It's real.

This... hasn't happened yet.

In hindsight, I should have maybe groomed myself when we were in CA because I didn't have the baby (.... or anything else to do).  There is one smaller local show in August that we are going to hit for funsies, and it would be the perfect candidate for grooming except that I stacked a whole bunch of other obligations into the schedule (because, close to home) and probably ruined that opportunity.  Dang it.

Halfway through the year and we are going strong on this.

Admittedly, Winds is easy to love.  He's adorable, fun, fancy and totally forgiving (the three F's? is that a thing?). 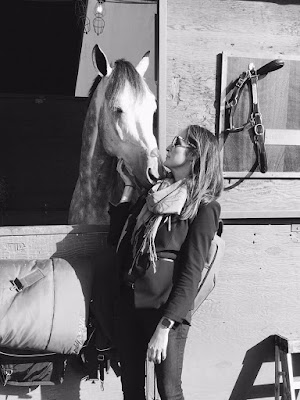 Goals for Winds with the Trainer:

Watch Her School Him Once a Month:

If we count rides at shows (which I am) I'm doing great on this. I haven't seen him go at home in a while, but I think watching/helping with warm-up and show rounds is still very informative. I definitely know what she does well with him (where I struggle) and what her methods are.  I feel very looped in - so I call this a success at this point. 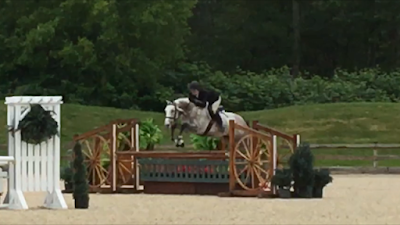 Now that Windsor is working in the 3'3" Pre-Greens, we will specifically not show him over 3'6" so I don't screw up his eligibility (like I did with Prair).  I hope that at some point in the future I'll get to see him jump the big jumps - but for now it's 3'5" or under....

It will be interesting to see where it makes sense to show him next year... either taking advantage of another year at 3'3" in the PG's or moving on to the First Years... time will tell.

Check, check, check!!!! We've only entered the Derbies at one show (well... two shows... same outing though) and it was awesome.  Partially because we won, but also because it was more fun than I imagined to watch my trainer click into ultra-competitive-get-it-done mode on my horse.  She's not in that mode very often, but I like watching it. 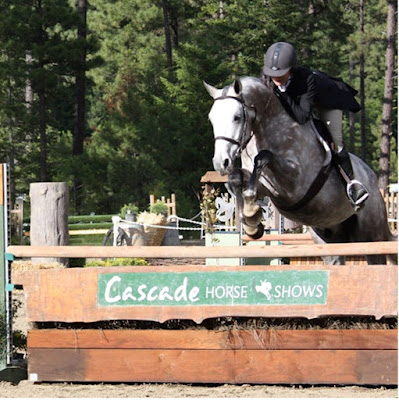 Winds is slated for more National Derbies at our remaining shows this year... 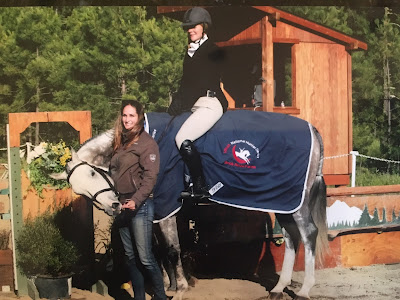 That's a pretty good status update on our 2016 goals. By all metrics, I'm enjoying this year with this horse.  We have plenty to work on, and lots more to accomplish together, but so far the process has been a fun one with lots of rewards to keep me motivated.