I'm not 100% ready to fess up to my videos/pics yet - so I'll delay by focusing on Windsor's Pre Green rounds...

I opted to get some work done and log family time, so I missed his first day of competition.  Unsurprisingly - he was a stud.  He won his Low 3'3" round out of 17 by marching right around the big grassy field like a champ (which he is, teehee).

But of course then he turned around and placed second in the first round of his Pre Greens... which was only out of six.   But he cleaned up his act for another first place in the second round...

What we're discovering is that this horse is rarely spooky - and tends to put in his brightest, most brilliant jumps in his first round.  We keep adding a Low just in case there are any boogie monsters - but consistently its his highest placing class or most stylish round.

Because he has such a heavy show schedule in August, we're going to try eliminating the Low rounds and letting him go straight into his Division and see if we get burned - or if we are able to capitalize on his extra bit of interest the first time he steps into the ring...

3'3" just isn't interesting enough for him to keep his big, brilliant jump up after he's been around the ring a couple of times.  He's still a good boy.. don't get me wrong.  But he's not impressed and that makes for some lackluster fences.

The second day started with the Under Saddle, and since there is another horse from our barn in the division, I planned to ride Windsy because I flat him pretty well.  It did mean that I had to leave my house at 4am, but waking up for horse shows has never been a problem (school or work is another story).

I will say that this Under Saddle was not my finest work.  I never really got him to loosen his shoulder and reach forward into the bridle.  Our canter work was good, but the trot was a tad stifled and short. When we were debriefing after the class - N reminded me that he wasn't getting any anti-inflams since he's being treated for ulcers - and I'm thinking that maybe he was just feeling a little less than 100%.  We picked up a 4th out of 7 which still felt generous.

He looked fine over fences later in the day - and in fact when I got back on him for the first round of my division he felt much looser and more willing to move out..

Over fences he added another second and another first to his ribbon pile.  I thought he jumped around great.  He was a bit stiffer in his mouth than he usually is - but the big, open field made it easier to ride him forward out of it, so it seemed like less of an issue than it could have been.

Here's another photo dump since they got a TON of photos from his rounds on Thursday... 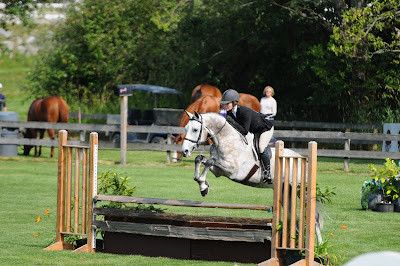 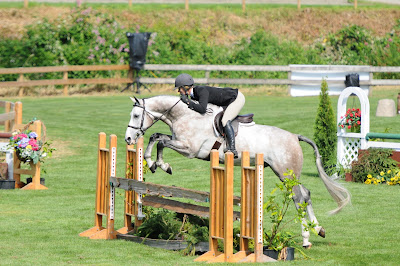 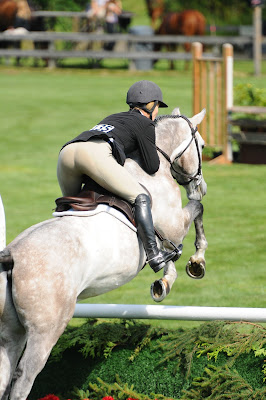 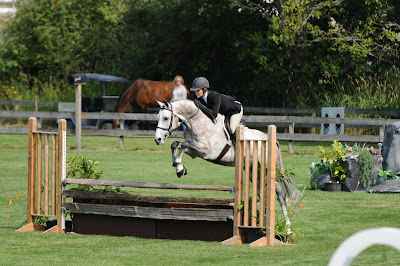 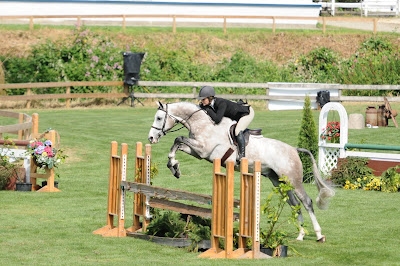 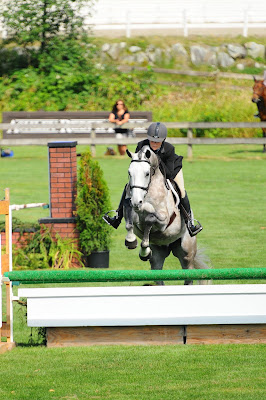 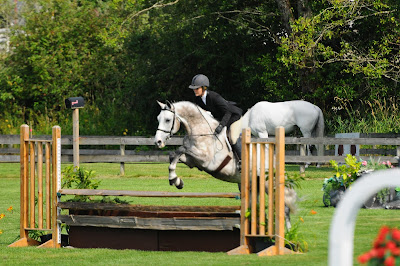 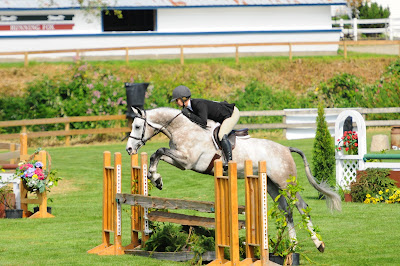 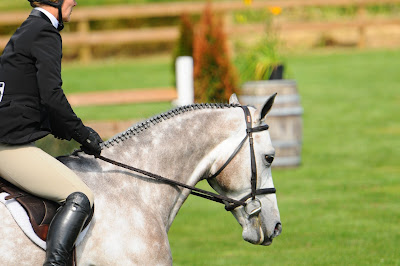 This is his first round on Thursday (third round of the division) where I actually managed to video from a high point (unlike the Derby).

Pretty solid - he's getting to be so consistent in the ring, steady, forward, amenable.  I love how he hunts the two stride a little more than the other fences.. but other than that - there isn't a lot to say.  He looks good with a pro on him. )

Round 4 was similar (but you know in a slightly different order of fences..).


I think he looks a little slow on the pace - though I know he feels a LOT faster when you're actually on him.  He makes it look easy - maybe even boring.

The only real disappointment of the day came when we jogged back for soundness. Not because my horse is lame (knocking on all the wood) but because he has strong opinions about when he is on, or off duty and doesn't take kindly to me imposing on his off duty time.

Apparently, standing around is considering off duty - and asking him to jog in hand is just about the worst thing ever.

We jogged in ok for the first class, but he was second and we had someone to follow.  However for the second class, we jogged first and I made the poor assumption that he would again trot politely since we were headed back toward the in gate.

We protested.  We stopped.  When I tried to swat him with my hand he spun his butt away and stared at me like an irritated teenager.  When I tried to "lunge" him to get his feet moving and move off, he almost reared.

Jerk factor of 10 - and horrifically embarrassing.  Finally one of our guys ran into the ring (allllll the way across the ring) to help me herd Winds back toward the in gate.

I was so embarrassed I tried to slink out of the ring, but we got called back for awards (not actually complaining) for Winds to receive his Champion ribbon along with our barn buddy receiving Reserve

Go Team!
Believe you me I am about to employ all of Pia's Cowboy Man leading/liberty exercises on Mr. Windsor while we're home.

In fact he already had an intro session yesterday whereby we discussed that I get to control all four of his feet on the ground, not just his cute little nose.

We'll test our progress back up at Thunderbird at the end of the month since Canada is the only place the jog the Pre Greens.....