Thank you for all of your comments, everyone's points are exceptionally valid ones (specifically with regard to having enough time and avoiding another bout of Wobbler's....)

As you can imagine, the last couple of days have been filled with last some minute holiday shopping, as well as endless conversations with The Boy about the Big Black Mare as well as repeated views of all our videos of her. 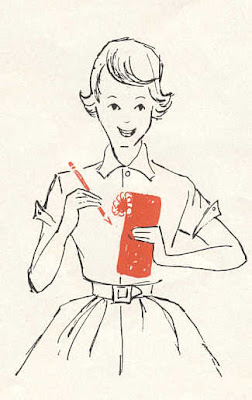 Currently, we are still moving forward.  hoping to schedule a pre-purchase exam in the coming week, or immediately after the new year.

Definitely one of the biggest concerns, I'm feeling pretty good about this one.  Aside from the obvious lack of time between now and the wedding (20 days!!!), and then the extended absence for the Africa trip, my life is pretty flexible.  I've stepped back from some main responsibilities with our company, and have been able to work a little less (and from home!).  That let's me get up, work out, clean the house, then head to the office in the late am and ditch out in time to watch the tail end of Ellen while I start dinner.  It's the sort of schedule that makes me crave having a full barn to eat up some of those evening hours (as opposed to mediocre talk shows and consuming baked goods).

Even when P comes back, I think I'll be in a good spot with time.  I don't have illusions of campaigning both of them heavily, but I do think I'll have enough time to love, hack and play with both of them adequately.  Frankly I'm more concerned about finding a facility that has the acres and acres of turnout that I've been dreaming of.

SprinklerBandit makes a very fair point in citing the fact that I'm not exactly on a roll with animal health right now... ALTHOUGH, I continue to wonder whether P even has neurological issues.  She's improving so much that I wonder if she was just locked up from trying to correct herself...
As for Maisy?  Well... Maisy definitely has something going on.  She's always dragged her hind end around like a walrus, but its not like her sole purpose in life is excelling athletically, so it's never been an issue before.. Current theory on the dog is that her spinal cord is severely bruised as the result of falling/tripping/running into something? Current plan is lots of rest and lots of treats (tough Rx to follow..)

As for a new horse? regardless of the horse, you can bet your last dollar that  a field test for propoceptic deficiencies will be part of that vet check.

We seem to be good.  I don't want to dip into the savings for anything that costs more than Big Black Mare, but in terms of monthly upkeep, I'm comfortable with putting another beast on the bankroll.  We'd still have a good vet-bill cushion and wouldn't be beyond our means with monthly bills... I wouldn't even consider another animal (regardless of size) if I didn't think I could afford the "worst case" potential bills, - though, in related news, if we end up with Big Black Mare, she will be insured.

BBM has a big library of films to her name.  She had extensive films taken in Germany prior to her inspection since she was gunning for her Elite status.  I had them sent to my vet, who commented that she hadn't seen films that clear and sharp in a long time.  Apparently German x-ray machines are.. intense.
Mare has beautiful films of all her joints and (yahoo) even a full set of her spine.  Not that it *totally* would allow us to rule out Wobblers... but it's nice to see well spaced vertebrae and clean shoulders.  The only blip on the radar screen was a small bone chip in one of her hocks.  Usually that would be cause for alarm, but it was actually taken out when BBM had a deep splinter removed from her front leg and she was going to need some stall rest anyway.

Also nice to have? follow-up x-rays showing a healed, healthy front limb after that splinter came out...

All in all really nice, complete health records with nothing too scary on them.

So where's that bring us to?

I'm still not trying to think too far down the road, but if we seal the deal, I'd likely leave BBM where she is for January and Feb in full training, then look to bring her closer to home when we get back from Africa... seems like the responsible thing to do...

Still planning to head up north to see those Geldings on the 30th.  For one thing, something might come crashing down at the vet check, and for another - they are both interesting prospects, although very, very different from BBM.  Never hurts to comparison shop a bit...
Posted by Gingham at 3:01 PM