Thursday (if I can recall) was a lovely day at the show.  Windsor started with his Under Saddle classes for both the Low 3' and the Pre Greens.

Trainer rode him in the Low since... well... he's never been in a flat class before and I wanted to video (side note, I forgot to video), but he was a good boy.  no concern over the traffic, or all cantering in a group.  he even stood in line politely until they called his name for a pretty pink ribbon.

I hoped on to ride the Pre Green flat since we had another horse in the barn also in the class and it was really, really fun to hack in the giant open field.  I pushed Winds a little too much and made him tense and rushed instead of open and flowy, but he was relaxed, and chill and squeaked out an 8th in a pretty competitive class of about 16.

Then it was onto fences, one final round for the Lows, and 2 rounds for the PG.

If he was a good boy on Wednesday, Thursday he found his literally stride.  Just a bit more relaxed off the ground, and a bigger slower step made each round lovelier than the last.

I did actually remember to take some videos of his last two rounds... so here you go.  Such a stud.


When they finally pinned the class I couldn't believe that I heard Winds called for the win in the Low, then 3rd in his first PG and another WIN in the last round.

We ended up missing Reserve by ONE POINT which is pretty freaking spectacular given the guy is literally learning on the job.  I already can't wait to watch him go around again.  I'm thrilled. 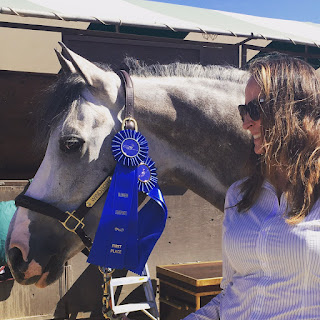 I love that little man has not only snagged some satin but two blues in the first week.  Plus since I managed some cute photos and videos, I can already call the show a success... 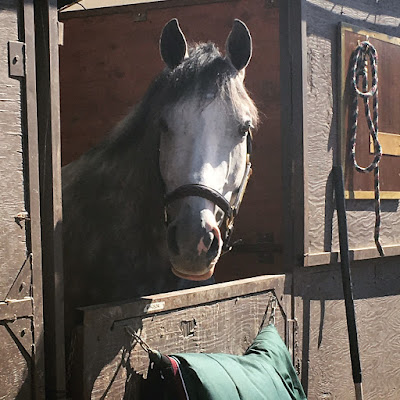