For some reason, this year Thermal felt more productive but not more successful in terms of ribbons.  Prair was without a doubt a better Hunter than she was last year, though it's questionable as to whether I was a better rider or not given the whole took-a-break-for-a-baby thing.

All in all though, we still held on to a couple of Circuit awards.  For the second half of the circuit we snagged a championship in our Eq (lol) and an Reserve in one of our Hunter divisions (I forget which one). 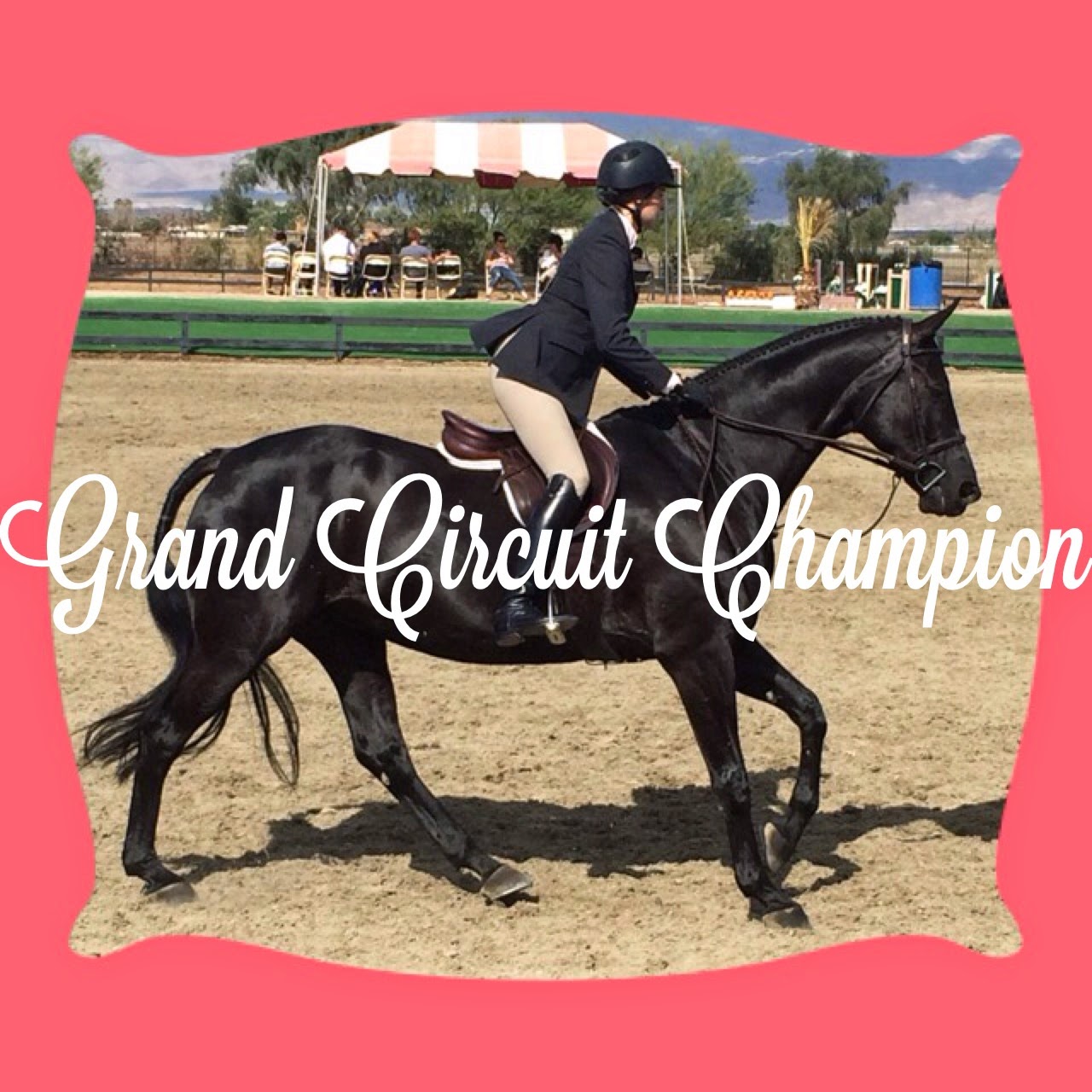 Our Eq points were enough to win the Grand Circuit Championship which is pretty cool, so Prair gets at least one more HUGE tri-color to pin on our wall.

To be honest I go back and forth on how excited I am about an unrated Eq championship.  On one hand, neato burrito -  even at the baby level, the horses and riders (for the most part) at Thermal are more competitive than what we see at home and it's an accomplishment.  Frankly just getting to the ring is an accomplishment....

On the other hand, I feel like it isn't that impressive or noteworthy to be (what feels like) the only one who hangs in the baby leagues for long enough to rack up enough points for a win.  It seems like more people show one or two weeks and then move up to something bigger.

So in a way, the award almost feels like a participation ribbon for not progressing.

Cynical I know, but that's my current read.  I love the ribbons and the circuit award coolers are usually pretty snazzy, but it makes me feel like we should be doing more.

That sentiment is probably more of a reflection on my competitive mindset than anything.  If I'm not winning (or rather, doing "well"), I am (understandably) frustrated.

However, when we do win - Instead of enjoying the accomplishment I feel like we should be doing more, or worry that we're sandbagging.

In a way, it's nice to hear the vet say she wants us to hang at 2'6".  At least then I feel like I have permission to hold steady for a bit and not beat myself up about moving back up to our former 2'9" or even 3' height.

In the end all of our work is more correct and more relaxed than it was last year, which if anything should make this award mean more, not less.
Posted by Gingham at 8:54 PM